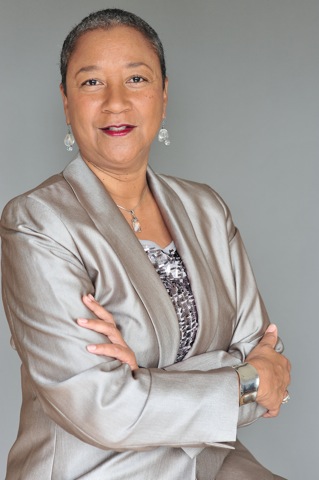 Dr. Aliah MaJon has assisted countless people - leaders from every arena - to actualize their highest potential, overcome barriers to success, and effectively harness their genius for more than 30 years. You will often hear her say, "You teach best what you need to learn most" having turned her own life around again and again! Aliah is an expert in facing obstacles, adversity and insurmountable odds and still coming out a winner. Raised in the typical hardships of inner city Detroit, and having survived the loss of her only child to suicide, her life and her work have been described as miraculous!

Aliah's career began when she was a teenager, after she inspired several of her peers to disregard their underprivileged backgrounds and reach for their dreams. Her infectious positive outlook and her commitment to personal awareness informs her every method and approach. Aliah served as a Success Tracs Coach with the world class Trainer and Motivational Speaker T. Harv Eker ("Secrets of the Millionaire Mind"), and is the originator of the Full-SELFT coaching system for personal excellence. She is a consummate teacher of high performance principles and specializes in leadership development from the inside out, which emphasizes the right brain.

Aliah also has a strong background in diversity, conflict facilitation, group process and stress mastery, and has served clients in every sector from community and non-profits all the way to government and corporations. Most recently Aliah's career focus has included entrepreneurs, and she has received glowing testimonials from small business clients for her integrative style and holistic approach to affecting the bottom line through "attitude adjusting." Aliah has been a key player in the facilitation of civic problems for the City of Los Angeles, while serving as Program Director for Days of Dialogue and the office of Assemblyman Ridley-Thomas. She also received commendations from L.A. County Dept. of Public Social Services.

A highlight of Aliah's career came in 2002 when she was invited to serve as a "crisis support professional" and an expert during the historic Listening To The City recovery dialogues for New York residents after 9/11. Many of the participants had lost family members and were suffering from grief. Aliah has enjoyed what some might call a portfolio career, and all of her endeavors have been related to her personal brand as a transformation expert and facilitation specialist. In addition to Aliah's work as a management consultant and executive coach, she is also a Spiritual Professional and is the founder of the International Association for Spiritual Coaching®, whose tagline is "bringing spirituality into the mainstream!" As the Lead Coach and the person that oversees Program Design and the Development of Methodology, she conducts training and professional retreats for fellow professionals.

Aliah has a doctorate in Metapsychology and a Master's in Transpersonal Psychology. She has been inviting to speak at a myriad of conferences and been interviews for numerous radio programs. Aliah recently released a downloadable handbook and audio program of more than 50 exercises and healing processes entitled "From Grief.To GrowthT", which has come to be known as "coaching-in-a-box" - and which outlines 7 powerful steps to recovering from loss. Amazingly, she has a little time left to volunteer for the Freedom Light Prison Ministry at the Federal Correction Institution (FCI) Terminal Island, CA near Long Beach.

Leadership insights in your inbox.

International bestselling author Jeff Wolf is now available for your next meeting, conference or convention to provide a high-energy presentation filled with strategies and techniques attendees can immediately apply to improve their skills.

The Importance of Nonverbal Communication in Virtual Meetings
4 Simple Ways to Lead Through the Coronavirus Crisis
20 Years and 20 Core Leadership Disciplines
Retaining Top Performers
The Benefits of Having Fun at Work
Leaders: Balance Your Work and Personal Life
VIEW ALL