Coaching Leaders: An Investment that Pays Dividends in Turbulent Times

Coaching Leaders: An Investment that Pays Dividends in Turbulent Times 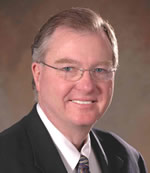 In today’s highly turbulent economic times it is often easy for organizations, both big and small, to cut their training and development budgets. The thinking is that the investment in people development can be suspended or put off until better economic times. When businesses are fighting for survival, spending money on development activities such as leadership coaching is rarely on the radar. This is because many do not see it as something that can have a direct, real time, impact on the success of the business. Nothing could be further from the truth!

During tough economic times is when organizational leaders are most challenged and tested. This is when strong and effective leadership is most critical to the organization and its future. Leaders can be a strong guiding force and catalyst for taking needed action or a negative force which leads to uncertainty, indecision, and frequent miss steps that further inhibit the organization's ability to respond and adapt.

According to master executive coach, Peter Johnson, "We are living in unpredictable times. Because of executive coaching, leaders gain more confidence and optimism in their ability to deal with the unexpected. The investment in executive coaching significantly appreciates over time as leaders are better able to navigate through ambiguity and uncertainty."

Ram Charan, a well known professor and management consultant, recently stated in the Harvard Business Review (January, 2009) that "as the business environment becomes more complex, they (leaders) will increasingly turn to coaches for help in understanding how to act." The decisions leaders make, how they communicate, and guide the business to make difficult changes not only impacts the organization’s ability to respond to immediate challenges but how well it is positioned for the future when the marketplace and economy improves.

Many may question whether leadership coaching provides any real ROI from a monetary perspective. However, there have been numerous cases where organizations have seen a clear return on their coaching investment dollars. For example a large employer in the hospitality industry saved between $30 million and $60 million by coaching its top 200 executives. Such benefits can make a critical difference when times are tough.

In a research study conducted in 2006 that focused on 100 executives working in the Fortune 1000 companies who received coaching, the participating companies realized improvements in productivity, quality, organizational strength, customer service, and shareholder value. The coaching programs delivered an average return on investment of 5.7 times the initial investment. Given stock market losses in 2008 and 2009, this kind of return would be welcomed today by many investors.

Similar levels of ROI from executive coaching have been demonstrated in other studies as well. Nortel wanted to assess the value of its Leadership Edge coaching program in 2007, specifically with respect to cost of coaching versus financial gains. The results of their study produced an ROI of greater than five times the cost of coaching.

These studies as well as many others have consistently demonstrated that leadership coaching can produce a positive ROI for the business in terms of financial as well as various intangible gains such as increased morale, better teamwork, and more efficient decision making. Leadership coaching clearly works and can pay significant dividends which can make a major difference when companies are struggling to deal with poor economic conditions.

When the economy is bad, we must all be prudent and wise in how we manage our money. However, we shouldn’t turn our backs on our business’ leaders when they need help the most. Instead, we should make an investment that can provide clear and tangible benefits to the organization by providing them with a personal resource that can help them navigate the stormy economic seas facing us today.

So when your organization is most challenged by uncertainty and turbulent times, remember that leadership coaching is an investment that can pay huge dividends to your business even in the most challenging of economic environments.

QUESTIONS FOR THE AUTHOR?

Leadership insights in your inbox.

International bestselling author Jeff Wolf is now available for your next meeting, conference or convention to provide a high-energy presentation filled with strategies and techniques attendees can immediately apply to improve their skills.

The Importance of Nonverbal Communication in Virtual Meetings
4 Simple Ways to Lead Through the Coronavirus Crisis
20 Years and 20 Core Leadership Disciplines
Retaining Top Performers
The Benefits of Having Fun at Work
Leaders: Balance Your Work and Personal Life
VIEW ALL